The editing duo behind the camera. 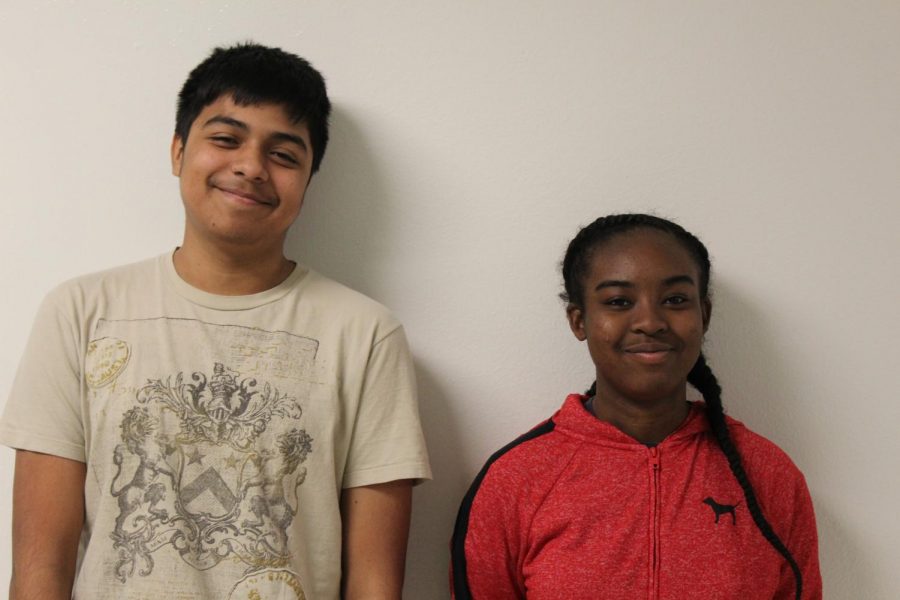 Ever wonder who makes the newscasts that you see every day?

These videos are made by your peers! The Husky Media Group has student lead productions, including the Daily News. The faces behind this are ones that you never see on screen, Jada Poindexter and Joel Segura. Both are juniors in the Newspaper class.

Joel Segura and Jada Poindexter are new to Newspaper but have previous videography and editing experience.

“I took broadcast and film at Central. It was the best experience, they taught us how to do just about everything,” junior Jada Poindexter said.

Poindexter has used her knowledge from Central in the making of the Daily News cast, while Joel took classes at his old high school in Del Rio, Texas. Their combined ideas have made a unique editing team unlike any other.

The behind the scenes of the news is just as important as in front of the camera. Poindexter and Segura edit not to just fix the mistakes of the people on camera, but to enhance the quality. Additional information on the screen is courtesy to their editing.

“My favorite part about our class is the people. I love the positive energy every day in the classroom and smiles everywhere,” junior Jada Poindexter said.

The atmosphere within the newspaper is welcoming to everyone from all different skill types. Most think newspaper is just about writing news stories, but the newscast has changed that. The daily videos have brought forth other skill sets to newspaper classroom, including those of Poindexter and Segura.

Although you never see them, the influence of our editors on the Daily News can’t compare.