The Inclusion Revolution is making its way through Des Moines Public Schools with Unified sports starting this week. 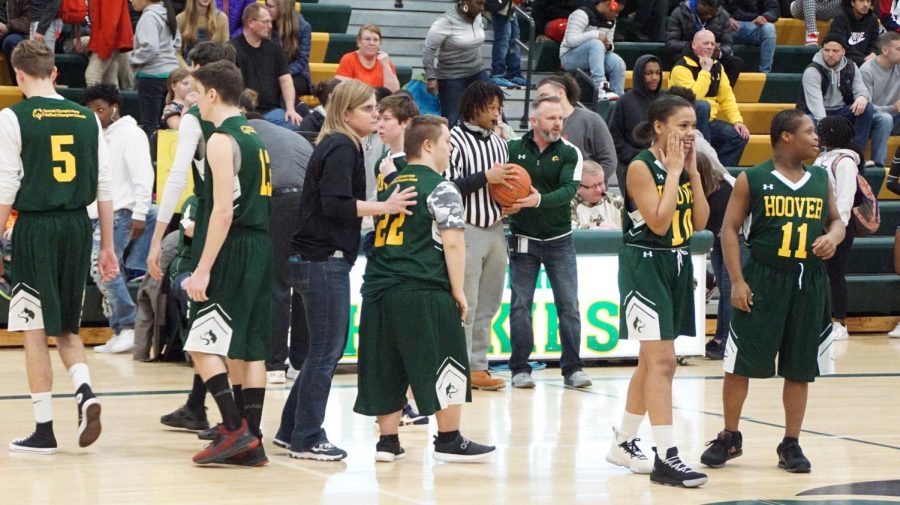 Nearly everyone attends the varsity basketball games every Tuesday and Friday night. The games are full of friends, food, and some intense games of basketball. Starting this month, there will be added fun and inclusion to basketball season with the Unified sports league kicking off at Des Moines Public Schools.

According to dmschools.org, “Unified sports are the next wave of the Inclusion Revolution that’s underway at DMPS in partnership with the Special Olympics.” Unified teams across the school district are made up of students with and without intellectual disabilities.

Best Buddies is a non-profit organization that strives to create more opportunities and one-to-one friendships for individuals with intellectual and developmental disabilities.

Senior Nile Kretschmer, and Hoover chapter President of Best Buddies, will be joining the court.

“We meet for practice every Tuesday and Thursday during Husky time and it’s just a bunch of people hanging out and playing basketball,” Kretschmer said.

Junior CJ Kubalek has been a member of Best Buddies since his freshman year and a basketball player since 8th grade. Kubalek, who is also on the team, reflects on his favorite parts of being in Best Buddies and on the Unified basketball team.

“Best Buddies is a group where you are paired up with an upperclassman. I always feel included and I make friends with others. I can teach those who are new to basketball,” Kubalek said.

“I don’t know much about the Best Buddies basketball games, but I do think it’s a great opportunity for students to participate in activities that they normally wouldn’t participate in,” Kleese said.

Kretschmer believes the Unified basketball games are a great way to get the word out about Best Buddies within schools.

“I would like to see the club grow and spread awareness of our mission around the school and community. Talk to Ms. Scholar about Best Buddies or Special Olympics to get involved. There are other organizations like this event that are open to anyone who would like to join,” Kretschmer said.

If you are looking to cheer on Hoover’s amazing new basketball team, game times and locations are below.